In 2020, the People’s Representative Council (DPR) re-submit the draft of Indigenous Peoples Bill (RUU) in the National Legislation Program (Prolegnas) as the priority program DPR. Forest Watch Indonesia (FWI) see this bill as an important legal basis for indigenous communities in Indonesia. The existence of indigenous peoples is undoubted, is capable of preserving natural resources through their local wisdom. In forest management, indigenous peoples can utilize the forest and take economic potential without destroying the forest. There should be no more reason to delay the ratification of the Draft Bill on Indigenous Peoples. 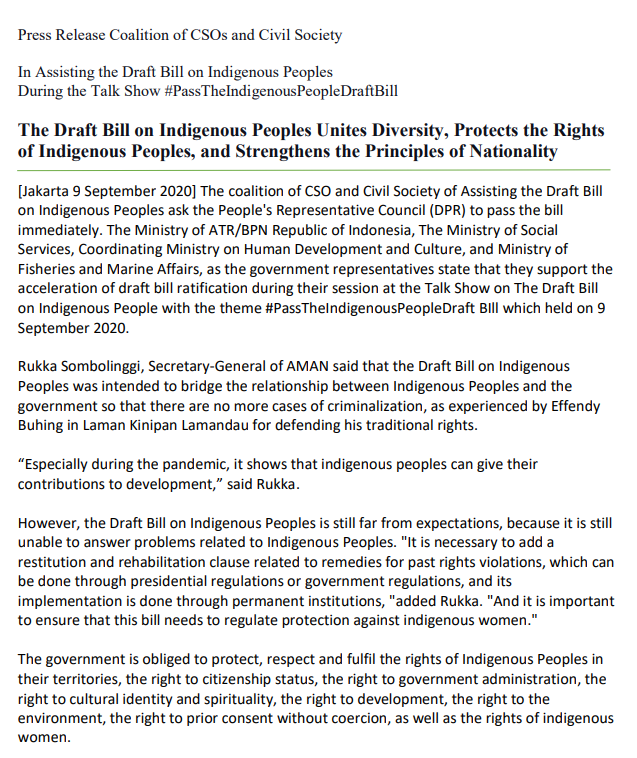