East Kalimantan is one of the provinces with rich forest resources and diversity of flora and fauna including marine biodiversity. Balikpapan Bay is one of the important seascapes in East Kalimantan. From ecological standpoint, the bay has high biodiversity as it is where rivers from three districts/cities (i.e. North Penajam Paser District, Kutai Kartanegara District, and Balikpapan City) empty to. These areas are still rich with mangrove ecosystem.

Balikpapan Bay is a permanent habitat to several protected wildlife species (as per Minister of Environment and Forestry Regulation No. P.106/MENLHK/SETJEN/KUM.1/12/2018) such as Proboscis monkey (Nasalis larvatus), Irrawaddy dolphin (Orcaella brevirostris) and dugong (Dugong dugon). Other important species such as green sea turtle (Chelonia mydas) and crocodile (Crocodilus sp.) make the bay their feeding ground. Further, Balikpapan Bay has been made part of new State Capital Region (IKN) territory, where environment remains the major issue in state development.

In addition, we have also made article-by-article recommendation for specific location (i.e. Balikpapan Bay) because the last version of Draft Provincial Regulation that we received contains environmental downsides.

Balikpapan Bay is the last standing fortress of High Conservation Value (HCV) area, serving as a spot rich with biodiversity that remains along the coast of East Kalimantan. The bay’s landscape is the guardian to the province’s ecological balance. It has at least 6 important elements as follow that link to one another, making it worth taking into account in East Kalimantan Province RZWP3K 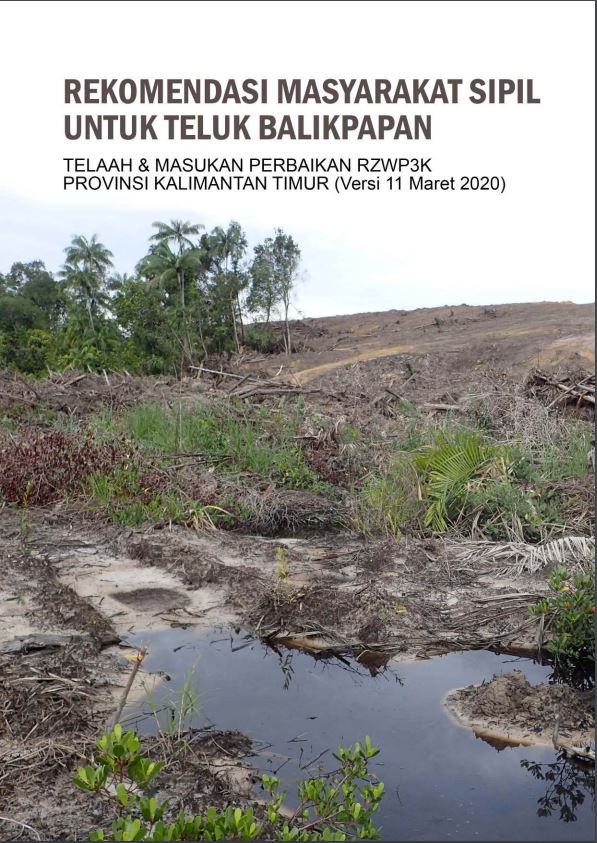