The Tycoon of Papua Forest 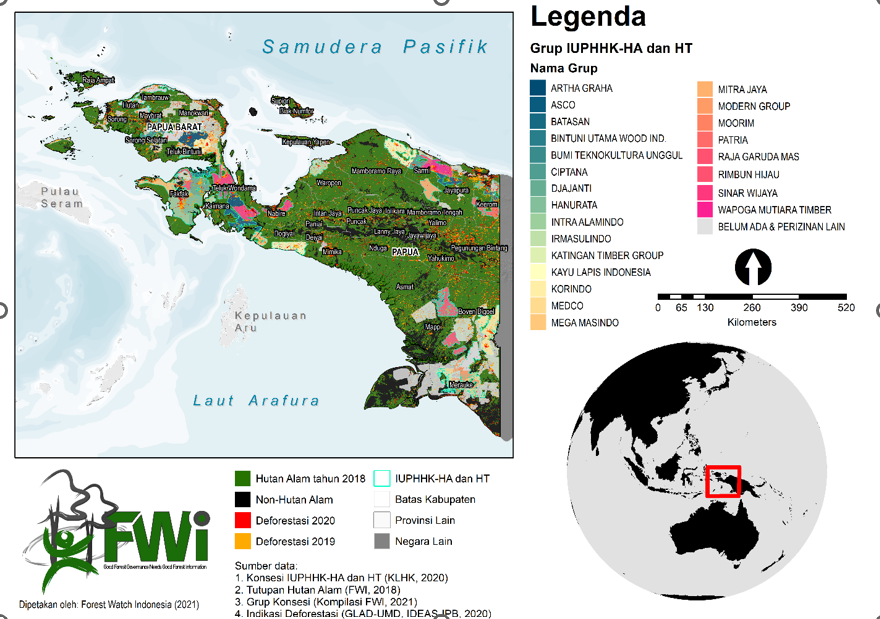 From the 6 groups of companies with the largest land tenure in Papua, the majority of owners are familiar names in the world of forest and land extraction industry in Indonesia. Like KLI Group owned by Sutanto Family, RGM Group owned by Sukanto Tanoto, Sinar Wijaya Group (Sapto Joyo Wijoyo), Alamindo Group (Darius Audryc and Juan Mulia), Korindo Group (Robert Seung), and Masindo Group (Mr. Wong / Paulus George Hung / Ting Ting Hung). One name that may be foreign and we do not yet know the profile is the owner of Alamindo Group, Darius Audryc and Juan Mulia. Because the names listed as the majority owners of the company are sometimes just “puppets” of big bosses who serve as tax evasion and tax avoidance.

During 2019 – 2020, no less than 2.72 million m3 of logs were extracted from natural forests on the island of Papua. And 1,252,407 m3 or about 46 percent of which is merbau wood. However, merbau from Papua Island has contributed 98 percent to Indonesia’s merbau production. More than 80 percent of the wood that has been extracted from Papua Island comes from the use of timber forest products by Logging concessions. Meanwhile, other sources come from IPK/IPPKH/HGU/ Individuals and Industrial Timber Plantation Land Clearing. 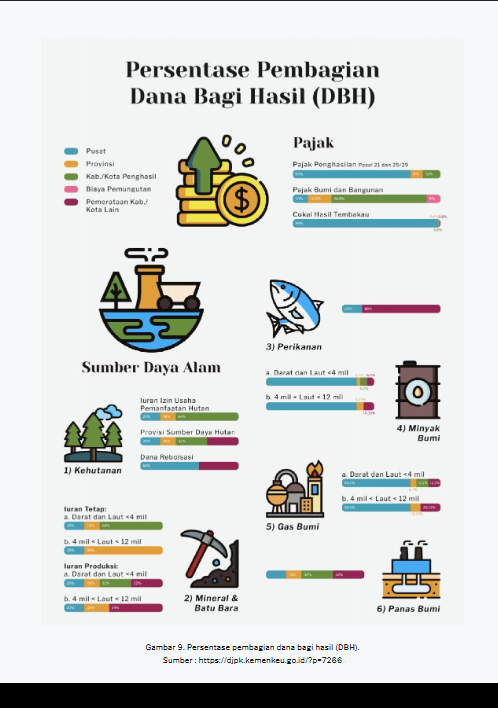 If it is associated between land tenure by the group and also the production of logs 2019-2020, the group of companies that have extensive concession permits is not necessarily also carrying out large-scale timber extraction. Especially for HTI group companies in Papua which are only limited to permits but have not done much activity such as RGM groups. Another case with the HPH group of companies that have been built, both its timber production activities and the processing industry are also integrated and are quite close to the concession. For example, for Sinar Wijaya Group and Korindo Group. During 2019-2020, Sinar Wijaya was able to extract about 772 thousand m3 of wood from its 4 HPH. Korindo Group harvests about 303 thousand m3 of timber from its 2 HPH concessions in Merauke.

In the 2019-2020 period, resource royalty provision levies on Papua Island reached around 298 billion rupiah and contributed approximately 15 percent of the total National resource royalty provision. Meanwhile, DR levies reached around 500 billion rupiah or approximately 17 percent of the total national DR. With the DBH scheme where there is a division of the value of levies for both PSDH and DR for the central government, provincial governments, districts and other cities / regencies, the PSDH and DR values collected are not entirely returned to the location area where the company is located. So that in 2019 for example, the provincial governments of Papua and West Papua only got a PSDH value of about 77 billion rupiah and about 107 billion for DR.

It should also be underlined that the data on the amount of wood production is obtained from several different sources of information systems derived from the MoEF, namely from online RPBBI and phl. The production of logs recorded in the phl.menlhk.go.id system produced from HPH, HTI and LC HTI on the island of Papua and supplied to the industry in the last 2 years reached 2.7 million m3. While those supplied to the industry based on RPBBI data and also the circulation of PHL wood, respectively around 1,968,758 m3 and 2,453,017 m3. There is a difference in wood received by the wood processing industry between RPBBI and PHL data of about 484 thousand m3 which is likely due to the unrecorded timber received by the industry below 6,000 m3 by RPBBI data. Then when compared with the roundwood production data produced by HPH, HTI and LC HTI there is a difference in value with the production of wood supplied to the industry, both with online rpbbi data and with phl.go.id.

Although deforestation and timber production nationally in 2020 decreased, the contribution of wood extracted from Papua Island to national wood production has increased, as well as deforestation in Papua Island which has also increased. The potential for increased forest  destruction in the future is also even greater if Industrial Timber Plantation permits that have been granted in Papua Island begin to convert forest areas into plantation forests.

Papua island experienced an increase in deforestation, which occurred in the HPH and HTI regions in 2019 and 2020. In 2019, the total deforestation that occurred in HPH and HTI was 11 thousand hectares and will increase to 13 thousand hectares in 2020. If you look at the amount of timber production and deforestation that occurs, there is a correlation between the increase in the amount of wood production and the increase in deforestation. Based on FWI’s analysis, Sinar Wijaya group is a group of permit owners whose territory is the most deforested, which is about 4,701 hectares. Directly proportional to the production of logs in the same year. Likewise for the Korindo group which is also a large deforested area, which is about 1,641 hectares. However, there are also anomalies such as the Moorim group, where although deforestation in the concession is high (about 4,625 hectares), in that period the production of logs is zero or no record in the available data sources.

In the context of SVLK compliance, there are 28 units out of a total of 46 management units, or about 60% that have been certified. This is certainly very unfortunate, because Papua is a wood-producing region that is quite significant for national timber production, even 98% of national merbau wood production also comes from Papua. This shows that although SVLK is mandatory, its implementation has not been fully implemented for all management units.

The processed timber from Papua Island has been shipped to 20 countries with an export value of 277 million USD during 2019-2020. The countries which are the destination for the export are Australia, Saudi Arabia, the United States, South Korea and China. The value of exports in 2020 also decreased by about 5 million USD compared to 2019, in line with the decline in roundwood production nationally.

Almost 25% of the land in Papua is controlled by a handful of parties (of the 6 largest groups of HPH & HTI claim about 3 million ha). In the range of 2019-2020, Papua’s natural forests were reduced by 55.65 thousand ha, 78% or about 43.6 thousand ha were in the licensed area, and 19 thousand ha were in the moratorium / PIPPIB area. In the same period, 98 percent of merbau wood from Indonesia was extracted from the natural forests of Papua Island. Both in Papua / West Papua, the levies received from the PNBP forest sector are not comparable to damaged forests. Of the 46 HPH and HTI companies in Papua Island, only about 30% of companies are PHPL and VLK certified. Although deforestation and national timber production in 2020 decreased, the contribution of timber extracted from Papua island to national timber production has increased. This can be a strong indication that in the coming years Indonesia’s deforestation will move to the east, where there are still many natural forests and has also been burdened with management permits, both HPH and HTI.

Thank you for your vote!
Post rating: 0 from 5 (according 0 votes)
Tags: #TimurIndonesia

The New Capital For Whom?