Within 75 Years of Independence, Indonesia has lost more than 75 times the size of Yogyakarta Province of its forest.

Bogor, 17 August 2020. During 75 years of independence, Indonesia has changed its government regime seven times and at the same time has lost natural forests of more than 23 million hectares or the equivalent of 75 times the area of ​​Yogyakarta Province. At least that area of ​​forest loss is a figure recorded in FWI from 2000-2017. Since then, we have not been able to provide good forest governance. The condition of natural forests that continues to decrease and degrade is an accumulation of weak forest governance that continually happens from year to year. In the 2000-2009 period alone, Indonesia had lost 1.4 million ha of natural forest / year. In the next period (2009-2013) the area of ​​natural forest lost decreased to 1.1 million ha / year, but again increased in the 2013-2017 period to 1.4 million ha / year. This finding is certainly an alarm for the government, especially the Ministry of Environment and Forestry (KLHK) to be more serious in preventing damage to natural forests in Indonesia in order to maintain the survival of the Indonesian people.

Instead, the government issued a different figure, the Ministry of Environment and Forestry stated that deforestation in Indonesia continued to decrease from year to year. Looking at official government data, in the same year period (2013-2017) the deforested forest in Indonesia was 2.7 million hectares. The difference regarding the definition of deforestation is alleged to be one of the reasons for the emergence of an unbalanced difference in numbers. “The current definition of deforestation can obscure the reality of the true natural forest loss, therefor, strong will needs to be re-enacted in the framework of saving Indonesia’s natural forests,” explained Mufti Barri, Campaign Manager of FWI.

So that the solution offered to protect natural forests by the government through a forest and palm oil moratorium, emission reduction or protection for areas with high biodiversity value, or a sustainable certification system has not optimally solved the problem of deforestation in Indonesia. Regardless of whether all these policies are effective or not. Or it could be that the solution has not been able to cover all of the consequences of deforestation.

“The government needs to explore what were the direct or indirect causes along with the motives of the perpetrators of the damage, so that the problem can be understood properly and the solution to its offer becomes more precise. Identification and efforts to prevent deforestation must also be pushed to the site level, because in each site the complexity of the problems may very well be different from one another and the solutions can be very different. ” close the Mufti F. Barri (FWI Campaign Manager). 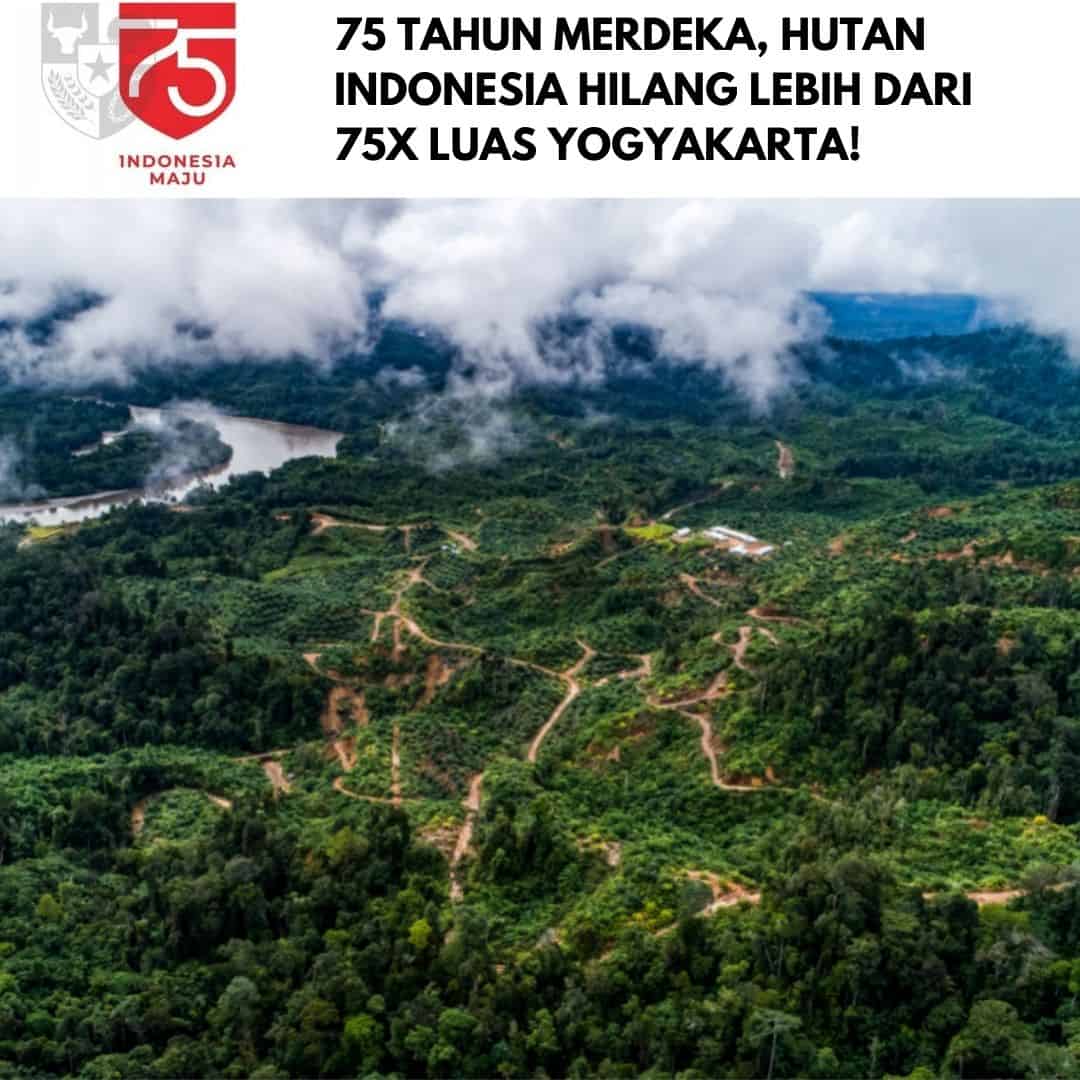