Civil Society Coalition to Save Indonesian Forests and Global Climate

Jakarta (9/9) — After what seemed to be forever, on September 2, 2013 the President finally established a REDD+ Agency by Presidential Regulation No. 62/2013 on Managing Body for Reducing GHG Emissions from Deforestation and Forest and Peatland Degradation. The political process involved in establishing this Agency took more than 2 years, even longer than the establishment of some Laws. Despite the amount of time consumed, it is regrettable that the Regulation did not create any breakthrough for forest governance improvement, protection and fulfillment of human rights, and forest and peatland restoration. The Coalition raises big questions worth examining both regarding the establishment process and the substance of the Regulation. 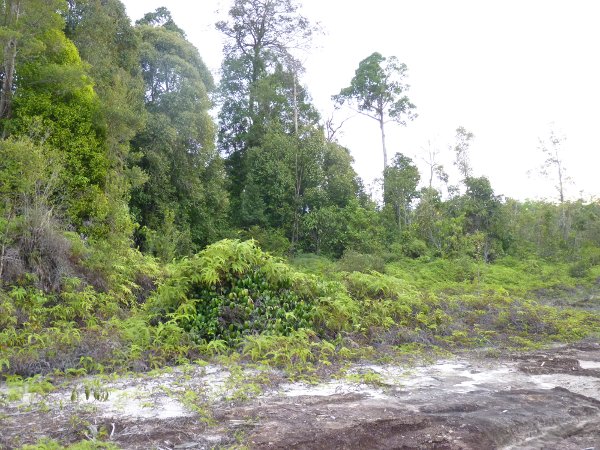 First, the establishment of REDD+ Agency seems nothing more than a panic move of the SBY regime. It was not preceded by adequate evaluation of numerous other non-structural agencies, which number has reached more than 80. Studies show that most of the agencies are not effective in work but do very well in spending the people’s money. Since the beginning, the Coalition has reminded government that transitional institutions will not be able to change the corrupt system unless coupled with a fundamental change in the status quo institutions that have been trying hard to ward off reform. In this case, the REDD+ Agency, whose hands have been tied from the start, is in all probabilities left with only minor and insignificant roles when faced with established forces such as the Ministry of Forestry, Mining, and Agriculture that are supposed to be the main target institutions in emissions reduction efforts.

Second, the REDD+ Agency repeated the pattern of compromise trap of other prior agencies that end up having only coordinative and communicative authority. Facts suggest that such authority ends up being a dead hand. Bearing the complex forestry problems in mind, including big political challenges involved, the REDD+ Agency should have been given a room and power to evaluate the performance of exploitative sectors, including the Forestry, Mining, and Agriculture/Plantation sectors. The Coalition is in view that the REDD+ Agency establishment has been trapped in a ridiculous intersectoral compromise. This Agency has missed an opportunity to review and halt a guided deforestation led by those extractive sectors and are not powerful enough to give the right policy diagnosis.

Third, the Regulation was issued in the face of 2014 Election, a period when political transaction is high and political moneys are demanded by political parties. This Agency’s authority in managing REDD+ fund must be protected from political corruption. The Coalition appreciates the mention of fiduciary safeguards in the Regulation to prevent misuse and abuse of REDD+ moneys. However, the not yet clear provisions regarding such safeguards can still open rooms for misuse and abuse of REDD+ moneys to serve certain political interests.

Fourth, the Coalition calls for REDD+ Agency not to be trapped in project approach because the complexity of forestry problems in Indonesia will never be solved with projects, no matter how big the money involved. This is because the fundamental problem is not money but rather political will.

Fifth, the Coalition highlights that the Regulation still contains definition traps, one of which is one that defines deforestation only as “permanent change from forested to non-forested area,” which excludes forest opening for Industrial Timber Plantation or even palm oil. In the context of license overlaps, spatial planning confusion, and corruption, such definition is highly weak to save forests.

Lastly, the Coalition appreciates the intention of the government in this Regulation to attract independent and unconditional fund as a form of sovereignty in fund management. This article should be used as a shield from any intervention in the form of debt, conditional technical assistance and grants. The Coalition stresses that this Regulation must equipped with an annex to list sources that the government is not allow to accept to finance REDD+.

Based on the above mentioned arguments, the Coalition urges the government to:

1. Clarify short, medium, and long-term measures that the Agency will undertake after conducting a comprehensive evaluation of the prior institution’s work.

2. Clarify concrete measures to solve the remaining forestry problems as mentioned in the REDD+ National Strategy, including license review, law enforcement targeted mainly to the main deforestation drivers, securing tenurial rights and territories of indigenous peoples and local communities, and forestry conflict resolution based on human rights, as well as making sure the compliance of other Ministries/Institutions to policy directives contained in the REDD+ National Strategy.

3. Refrain from claiming REDD+ Agency as a step beyond business as usual unless followed by fundamental reform in the governance of related institutions including the Ministry of Forestry, Mining, and Agriculture.

4. Continue to push forward efforts to improve forest and natural resources governance based on guidelines set in TAP MPR No. IX Year 2001

5. [Regarding funding mechanism] remain steadfast in holding up the sovereignty and refuse conditional funds including debts, conditional grants and technical assistance, and the CSR of companies that have a record of deforestation as a source of forest restoration because they are unreliable to ensure emission reduction and will not result in additional forest protection and climate justice.